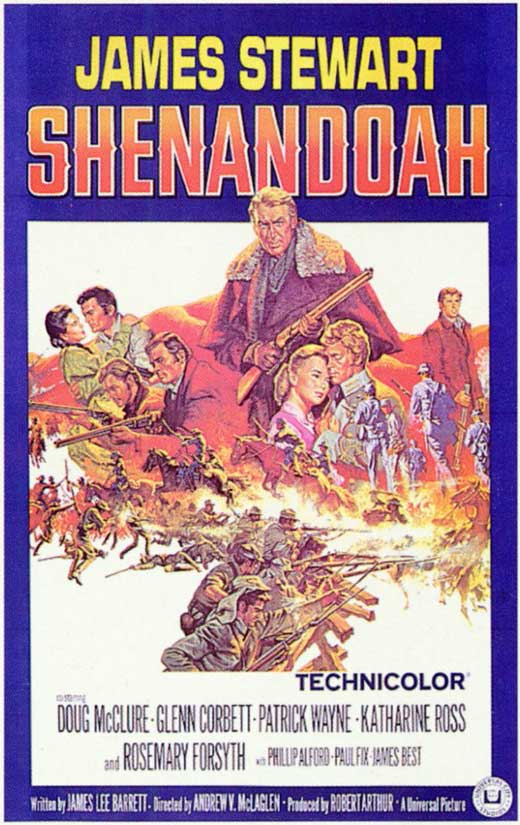 Note: The audio quality in this episode has been fixed.

Warning: This episodes contains plot spoilers and your host doing a terrible impression of Jimmy Stewart.

In this week's episode of the Historian's Movie Review I wrap up Civil War Month with a look at the 1965 Jimmy Stewart film Shenandoah.

This week's episode is brought to you by Audible. You can get a 30-day free trial and a free audiobook download by visiting audibletrial.com/hmr.

Jimmy Stewart, Interview on the Tonight Show, 1989 - In this interview, he discusses his early film career and time as a pilot in World War II.